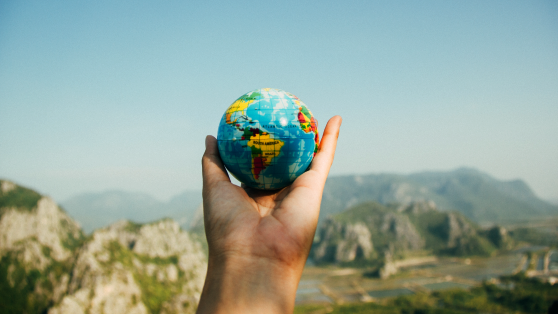 But we need not shy away from this proverbial “elephant in the room”, because the Bible tells us exactly how Jesus responded to politics in his day, and through his example, we can learn how to live in these troubled times.

First, we must realize that Jesus was born into a time of intense political polarization.

The Pharisees were middle-class businessmen who were in touch with everyday people and disliked Roman rule. They were the minority party in the Sanhedrin (the Jewish ruling religious body), but they were very popular with the people. They emphasized oral tradition and rituals and held to the doctrines of free will, angels and demons, and the afterlife.

The Sadducees were a sect consisting of wealthy and aristocratic citizens who held the majority in the Sanhedrin and the priesthood. They were more willing to adhere to Roman rule and were constantly at odds with the Pharisees. They believed in keeping only the five books of Moses, and thus they rejected many of the supernatural doctrines of the Pharisees.

The Herodians were Jews who supported the rule of Herod Antipas, the King of the Jews appointed by the Senate of Rome. Obviously, this would have put them at odds with the Pharisees, who favored political independence.

The zealots were political extremists who were looking for a Messiah to liberate them from the rule of Rome. They hated Rome and were responsible for much of the violence and upheaval in first-century Judaea.

Other groups included the Essenes (an esoteric Jewish sect that believed in separation from the world), the scribes (who meticulously copied Scripture), and the priests (the religious leaders of the day). And these were just some of the main groups.

AT ODDS WITH MANY, BUT NOT OVER THEIR POLITICS

But it is worthy to note that Jesus endorsed none of these factions.

He called out the lawyers (Luke 11:45-54) for rejecting God’s messengers. He did not promote or mingle with the Essenes. He rejected the ambitions of the zealots (John 6:15). The Sanhedrin sought to kill him because he threatened their political power (John 11:45-54).

Indeed, Jesus condemned many of the political factions of his day, but not over their politics. Time and time again, regardless of who they were, he condemned them for their hypocrisy and lack of righteousness.

Jesus ultimately viewed everything from the perspective of good versus evil, of justice versus injustice, of morality versus immorality, of light versus darkness, and of God’s kingdom versus Satan’s kingdom. He was neither partisan nor bipartisan, because he understood that this evil world is bound under the rulership of Satan (John 14:30) and will never experience a perfect government until the return of the true king.

His kingdom transcended the vain earthly systems instituted by men. That is why he came not to contribute to the political arena, but to “seek and to save the lost” (Matthew 18:11, Luke 19:10). He eschewed conventional leadership and human political reform, because he knew that, one day, he will return and make all things new.

If this seems black-and-white, that’s because it is. Jesus himself said it best in Mark 9:40: “The one who is not against us is for us.” There may be a million shades in the political spectrum, but in God’s spectrum, there are only two: light and darkness.

HOW, THEN, SHALL WE LIVE?

Is this to say that we as Christians should not get involved in government and politics? Absolutely not. Governments are instituted by God (Romans 13:1), and Jesus himself taught his followers to pay their taxes and obey the ruling authorities (Matthew 17:24-27, Matthew 22:15-22, Mark 12:13-17, Luke 20:19-26). The apostle Peter would later tell his readers to “honor the king” (1 Peter 2:17), even one so terrible as the emperor Nero. And in this divided world, we need more true Christians who are serving in government and standing for godly principles.

But we must ultimately remember that our true citizenship is in heaven (Philippians 3:20), and that the litmus test for our salvation lies not in what party we register for, but in how we respond to the atoning work of Christ on our behalf. We ought never to lose focus of our ultimate goal of bringing honor and glory to God, and we ought never to put our trust in fallible men or women.

When we do engage in political discourse, we ought to do so in a spirit of respect and love, as Christ would have us do (John 13:34). When we do seek political reform, we should “do good, seek justice, correct oppression, bring justice to the fatherless, [and] plead the widow’s cause” (Isaiah 1:17). And when we inevitably disagree with fellow believers on political issues, we must remember that Jesus once called Matthew (a tax collector) and Simon (a zealot) to be his disciples, and even these two men who once held radically different views were ultimately united in following their Lord to the end.

May we, through the grace and power of the Spirit, do the same.

Thanks, everyone! The team and I are so encouraged by the tremendous growth in readership and engagement on the blog. Keep it up, and may all glory ultimately be to Christ for enabling us to teach his precious Word.

Whether Republican or Democrat or something else, we are all one in Christ!!

Sheesh… tough subject, but you hit the nail right on the head, brother. Good work.

politics sucks when it gets nasty

Amazing wisdom for Christ to not get involved taking sides. That’s not what he was about.

Thank you for staying reasonable and on-point. Love your work, Vinh – keep it up!!!

Thanks for taking a more neutral stance brother, sick and tired of Christians getting divisive over this stuff ….

Vinh: awesome and well thought out as always. Question: is it safe for us to say whether Jesus’ morals would have lined up with one political party more than the other??

You could technically do comparisons, but I am personally too cautious about imagining what Jesus would have done. We need to take what Scripture says, pray and seek the guidance of the Holy Spirit, and act according to the consciences that God has given us. Hope that helps.

Still can’t help but wonder if Jesus would have voted, and for whom…

Not going even going to guess, but I *will* say that, as Christians, we have a responsibility to vote.

Very solid article, and a great message for us all. Thank you.