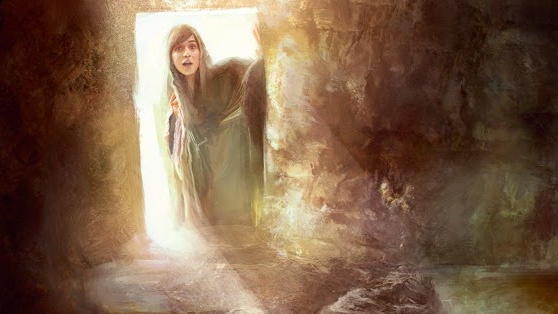 Note: This is the third article in a series on the Resurrection of Jesus.

PREMISE: God raised Jesus from the dead.
PURPOSE OF ARTICLE: To harmonize apparent discrepancies in the Resurrection narrative.

Last Easter, we established that the Resurrection of Jesus Christ did, in fact, occur. Today, as we celebrate the Resurrection once more, we will resolve aspects of the Resurrection story in all four Gospel accounts that are often viewed as contradictions. From this, we see, once and for all, that the story of Easter is not a hoax, but an accurate retelling of the greatest miracle in human history. Christ is risen indeed!

1. What time of day did the women go to the tomb?

Explanation: All four Gospels agree that the women visited the tomb after the Sabbath and on the first day of the week, but Mark says it was after sunrise and John says it was before. Based on John 11:18, we may conclude that it took two miles for the women to journey from their home in Bethany to the burial site. The sun could have easily risen during their walk to the tomb, explaining why John mentions the “still dark” period (when they started their journey) and Mark refers to a period after sunrise (when they arrived).

2. How many women went to the tomb?

Explanation: None of the Gospels say that only the women mentioned in that account were present. The Gospel writers are merely focusing on certain people in their individual narratives. Imagine if I said, “Scott, Joe, and Adam went with me to the cafeteria,” and my friend Jesse said, “I went to the cafeteria with Vinh, Scott, and Jake.” We would both be right; I merely omitted Jake, and Jesse omitted Joe and Adam from the narrative.

3. Was the tomb already open?

Matthew 28:2-4: “And behold, there was a great earthquake, for an angel of the Lord descended from heaven and came and rolled back the stone and sat on it. His appearance was like lightning, and his clothing white as snow. And for fear of him the guards trembled and became like dead men.”
Mark 16:4: “And looking, they saw that the stone had been rolled back – it was very large.”
Luke 24:2-3: “And they found the stone rolled away from the tomb, but when they went in they did not find the body of the Lord Jesus.”
John 20:1: The stone is already rolled away from the tomb.

Explanation: Mark, Luke, and John record that the women all see the stone rolled away from the tomb. Matthew merely gives the explanation for what caused the stone to be rolled away; he is not saying that the earthquake occurred as the women were approaching the tomb.

4. How many angels were present?

Explanation: There were two angels, both dressed in white dazzling apparel. Matthew and Mark merely focus on the main spokesperson for the two. No one is mentioned in John’s account because Mary Magdalene may have left early to tell Peter and John about the empty tomb before the rest of the women encountered the angels.

5. Did the women tell the disciples, and what was their emotional state?

Matthew 28:8: “So they [the women] departed quickly from the tomb with fear and great joy, and ran to tell his disciples.”
Mark 16:8: “And they went out and fled from the tomb, for trembling and astonishment had seized them, and they said nothing to anyone, for they were afraid.”
Luke 24:8-9: “And they remembered his words, and returning from the tomb they told all these things to the eleven and to all the rest.”
John 20:2: So she [Mary Magdalene] ran and went to Simon Peter and the other disciple, the one whom Jesus loved, and said to them, ‘They have taken the Lord out of the tomb, and we do not know where they have laid him.’”

Explanation: The Gospel of Mark ends abruptly with this verse, so it is possible that the women were too afraid to speak at first. But then, as Matthew and Luke describe, they worked up their courage and told the disciples. Before all of this, Mary Magdalene, as mentioned above, had already departed and told Peter and John, and the three of them came back to the empty tomb.

The fact that the Gospels do not perfectly align on every detail demonstrates that the Gospel writers did not merely get together and craft a single narrative that they could all copy down later. Eyewitness accounts are often divergent on the focus of individual details, but they rarely contradict each other in substantial content. Note that there are no contradictions between the Gospel accounts, and any apparent contradictions are easily reconciled.

In conclusion, take a look at a powerful quote from former U.S. President Ronald Reagan. This is perhaps one of my favorite arguments for the truth of the Resurrection: “I still can’t help wondering how we can explain away what to me is the greatest miracle of all and which is recorded in history. No one denies there was such a man, that he lived and that he was put to death by crucifixion. Where…is the miracle I spoke of? Well consider this and let your imagination translate the story into our own time – possibly to your own home town. A young man whose father is a carpenter grows up working in his father’ shop. One day he puts down his tools and walks out of his father’s shop. He starts preaching on street corners and in the nearby countryside, walking from place to place, preaching all the while, even though he is not an ordained minister. He never gets farther than an area perhaps 100 miles wide at the most. He does this for three years. Then he is arrested, tried and convicted. There is no court of appeal, so he is executed at age 33 along with two common thieves. Those in charge of his execution roll dice to see who gets his clothing – the only possessions he has. His family cannot afford a burial place for him so he is interred in a borrowed tomb. End of story? No, this uneducated, property-less young man has, for 2,000 years, had a greater effect on the world than all the rulers, kings, emperors; all the conquerors, generals and admirals, all the scholars, scientists and philosophers who have ever lived – all of them put together. How do we explain that – unless He really was what He said He was?”1

Guys, thank you so much!! Always such a joy to see how many people are impacted by these articles. He is risen indeed!

Vinh, love your work as always. Christ is risen!

What a blessing this blog is, and to think you guys have been going for a year. Keep it up.

Amen, brother. He IS risen, indeed!