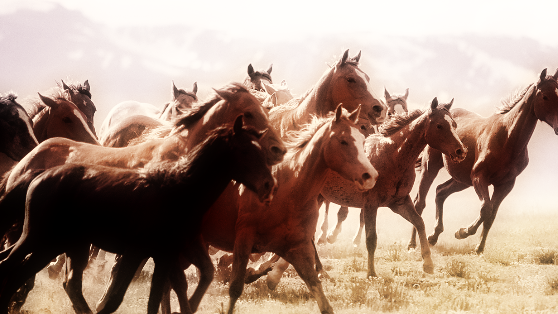 PREMISE: 1 Kings 4:26 and 2 Chronicles 9:25 are not contradictory.
PURPOSE OF ARTICLE: To use logic and history to explain a numerical discrepancy in Bible history.

2 Chronicles 9:25 says, “And Solomon had 4,000 stalls for horses and chariots, and 12,000 horsemen, whom he stationed in the chariot cities and with the king in Jerusalem.”

This is a definite contradiction.

Or so the skeptics say. However, before we get into a frenzy over these two verses, let’s think about it. The Bible has proven to be reliable time and time again, and it would be unfair to simply write off its reliability simply because of a few verses. It so happens that there are three very good explanations for this numerical discrepancy.

1. This is a copyist error.

This explanation makes sense because it means that Solomon didn’t violate God’s mandate against an Israelite king accruing too many horses (Deuteronomy 17:16). And four thousand horses would reasonably accompany the fourteen hundred chariots that Solomon is said to have had (1 Kings 10:26).

Should this shake your faith? Not at all. For one thing, it does not pertain to any essential doctrine. Whether King Solomon had forty, or four thousand, or forty thousand, or four hundred thousand horses does not cast into doubt a single doctrine or tenet found in the Bible. Speaking on this issue in his Bible commentary, Matthew Poole says, “And such mistakes in some copies, in these lesser matters, God might permit, for the trial and exercise of our faith, without any prejudice to the authority of the sacred Scriptures in the great doctrines of faith and good life.”1

Second, a copyist error does not challenge the principle of inerrancy. When we speak of the inerrancy of the Bible, we affirm that the original manuscripts (or autographs), as inspired by God, have no errors. However, this does not mean that future generations of copyists were inerrant in transmitting these texts. If I played a game of telephone and said “Joe lived to be sixty-four years old” and the final transmission of my statement came out to be, “Moe and Olivia are six foot four, I’m told,” that would in no way negate the truth of my original statement.

2. These are two different time periods.

A cursory glance at both texts reveals that they are chronicling two different time periods. 1 Kings 4:26 describes the beginning of Solomon’s reign, before the building of the Temple, the construction of the royal palace, Solomon’s wisdom vision, the visit from the Queen of Sheba, and the eventual apostasy of Solomon. 2 Chronicles 9:25 describes the period after the visit from the Queen of Sheba and towards the end of Solomon’s reign. This is also a valid explanation for why the numbers are different. Perhaps Solomon reduced his cavalry over the years; he had, after all, established peace throughout Israel.

3. One verse speaks of stables and the other speaks of subdivisions in those stables.

Note also that the 1 Kings passage speaks of “stalls of horses for his chariots”, whereas the 2 Chronicles passages speaks of “stalls for horses and chariots [emphasis mine]”. Since some ancient chariot models had ten horses and ten men per chariot (2 Samuel 10:18 and 1 Chronicles 19:18), it makes perfect sense that Solomon had four thousand stables (referred to as “stalls” in 2 Chronicles), each housing a chariot, but that each stable was then split into ten stalls, one for each horse (a total of forty thousand individual stalls, just as 1 Kings describes).

All three of these explanations work well to explain the alleged discrepancy between 1 Kings 4:26 and Chronicles 9:25. None of them require any compromise in terms of inerrancy, and it is very possible that they are all simultaneously true (save for the copyist error theory, which stands by itself). Always remember that, even in the tiniest of details, the Bible holds true.

[1] Taken from Commentary on the Holy Bible by Matthew Poole.

“Lying for Jesus”: Obvious errors aren’t real errors, but just “copyist errors”. 1. It doesn’t matter what the reason for the error is, if there is an error, the Bible isn’t inerrant. 2. What would be the point of God giving us an inerrant “original Bible” that would be lost instead of him actually preserving the inerrancy in copies also? The book contains obvious errors in it whether you like to admit it or not. Denying that just demonstrates the dishonesty of Christians who claim the Bible is inerrant. It’s about the same as claiming the earth is flat and… Read more »

If the two accounts are referring to different times , 1 Kings being before building the Tempe, etc. and 2 Chronicles being after the visit of the Queen of Sheba toward the end of Solomons life when he may have expanded his military wouldn’t 2 Chronicles have a larger number than what is stated in 1 kings? Your possible explanation #2 is backwards, Solomon starts out with 40,000 and over his lifetime expands to just 4,000.

Marc, you are an absolute lifesaver. Thank you so much for catching this error. We will fix it immediately.

so inerrancy refers to the oriiginal and not copies of the Bible?

That’s correct, Matt. If it applied to people who copied the Bible, then we would have to say that they made no mistakes. God is the only one who doesn’t make mistakes, and so I don’t have a problem attributing some minor things to copyist errors. Having said that, however, I think that God has preserved and protected His Word remarkably well, including in the English language!

Dude, just saw this . . . . I love how you work through those contradictions!!