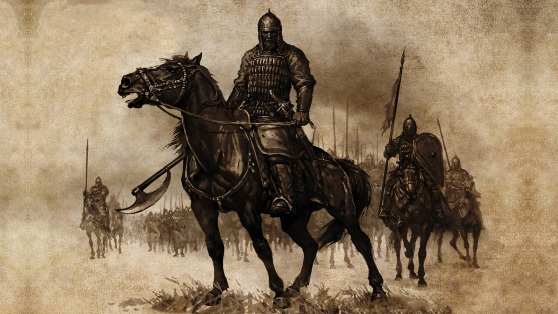 Summary: Offering explanations for a controversial exchange between Elisha and Naaman.

Note: I would like to thank my father for aiding me in the exegesis of this difficult text.

In 2 Kings 5, Naaman, the commander of the Syrian army, is miraculously cured of leprosy after following the instructions of the prophet Elisha. Naaman is overjoyed and returns to Elisha, saying, “Behold, I know that there is no God in all the earth but in Israel” (v. 15). He then begs Elisha to accept a gift, but the prophet characteristically refuses.

Wait…did Elisha, a prophet and a man of God, actually permit a man to worship an idol in order to keep his job?

1. Even if Elisha had permitted idol worship, this could have constituted his personal opinion and not necessarily a direct mandate from God.

Elijah, the predecessor of Elisha and the prophet who prayed against rain for three years and prayed down fire from heaven, was hardly perfect. James 5:17 describes him as “a man with a nature like ours”, and at one point he became so discouraged that he forgot about God’s power and fled from the wicked Queen Jezebel. Isaiah was “a man of unclean lips” (Isaiah 6:5). Jeremiah lamented in great sorrow, wishing at times that he had never been born. Jonah disobeyed God and later had a wrongful attitude about God’s mercy. Habakkuk questioned God. Even John the Baptist, whom Jesus called a prophet and one greater than a prophet (Matthew 11:9-11), doubted whether Jesus was the Messiah.

Nowhere in the Bible are the prophets placed on a supernatural pedestal above ordinary humans. The true test of a prophet was to ensure that, whenever he (or she) spoke in the name of the Lord, it came to pass precisely as prophesied (Deuteronomy 18:22). Other than this, however, there was no requirement that a prophet be completely correct in the giving of all personal advice and suggestions.

A classic example of this is found in 1 Chronicles 17, where King David says that he will build a house for God and the prophet Nathan agrees, saying, “Do all that is in your heart, for God is with you” (v. 2) (even this statement does not imply that God has endorsed this project, but rather that David is a man of God and so Nathan personally assumes that he should build the temple). Yet that night, God appears to Nathan and tells him that he is mistaken: David will not build the house of God; his son Solomon will. Nathan immediately returns to David and corrects his previous (personal) statement.

Why does the Bible record this story? To emphasize the humanity of the prophets. So even if Elijah explicitly permitted Naaman to bow to an idol, this probably would have constituted personal advice. It could not have been permitted by God, who expressly forbids worshipping any other god but him.

In the story, Elisha only says “Go in peace,” and this is more of a farewell blessing than an affirmative answer to Naaman’s request. Elijah’s response is both noncommittal and ambiguous, perhaps intentionally crafted in this way to prevent Naaman from stumbling or to force him to utilize his own conscience. Thus, it appears as if Elisha never gave permission to worship anything other than the God of Israel. Or, the Bible may not mention more detailed instructions given by Elisha.

According to the Jamieson-Fausset-Brown Bible Commentary, “Elisha’s prophetic commission not extending to any but the conversion of Israel from idolatry, he makes no remark, either approving or disapproving, on the declared course of action, but simply gives…the parting benediction.”1

3. Naaman’s true request pertained not to idol worship but rather to his duty to the king.

It is entirely possible that Naaman’s request was not for permission to worship an idol. Perhaps he was asking for permission to aid his master, the king of Syria, in a pagan temple. The king might have been old, or maybe he was infirmed. Either way, the phrase “leaning on my arm” gives the impression of support rather than of direct homage to a false god.

In this case, Naaman’s request would have been perfectly acceptable. It was his duty as a citizen (not to mention his professional duty as a general) to kneel and offer physical support to his king to prevent him from falling. Joseph, Daniel, and Nehemiah, all righteous men, served pagan kings to the best of their abilities. And we as Christians are commanded to submit to the governing authorities and laws (Romans 13:1-7, 1 Peter 2:13-25).

How comforting it is to know that God never changes, even when men do. Idol worship never was, and never will be, pleasing in the eyes of God. Remember 2 Corinthians 6:16: “What agreement has the temple of God with idols? For we are the temple of the living God.” So it is proper to raise questions about Elisha’s and Naaman’s motives in 2 Kings 5.

thanks…..always wondered about this one

Can you write about God allowing Samuel to speak to Saul after Samuel’s death (the Bible says spirits don’t come back)? Similar principle as this article here.

Very very interesting. I wonder if Elisha sinned in this case though.